‘Giant’ and the Social Problem Genre Deserve Your Analysis

On the 61st anniversary of its premiere, we look at George Stevens’ epic as large as the Benedict ranch and the complicated genre it inhabits.
By Emily Kubincanek · Published on October 10th, 2017

As early as the silent era of film, Hollywood has been using social issues as the basis for conflict in movies. The genre of social problem film is a muddled one, but it is one that shows the history of Hollywood’s use of the struggles people face every day. What defines the genre is the shallowness in which these issues are discussed in each film.

Giant, a Western melodrama the size of Gone With the Wind, is a great example of what social problem films look like. They are touchstones of the time they were made, teetering on progressiveness while maintaining enough conservatism to pass through the studio system. Race, class, and gender are all used in the plot surrounding the Benedict family, but in a way unique to the 1950s.

Like other social problem films, Giant is committed to showing the struggles and prejudice minorities face because of their race. We see the horrible conditions the Mexican workers live in, the powerful ranch owners disrespect them, and the outcry caused by interracial relationships between Mexicans and white Americans. What we don’t see, however, is the source of the racism shown in the film. Bick Benedict (Rock Hudson) does not respect the Mexican workers he employs throughout most of the film. Only once his son falls in love with a Mexican woman does he begin to use his position in the community to help the Mexican minority. His arc is a satisfying one plot-wise; he grows as a person, but Bick’s racist behavior is excused in comparison to Jett Rink (James Dean) and his treatment of Mexicans.

Steven Neale discusses the formulaic approach Hollywood takes to use social issues in his book Genres and Hollywood. Social content is adapted to dramatic events within the confines of narrative structure by attaching problems in society to specific conflicts between characters. The larger context of society is usually shown through characters’ interactions with institutions like the government (Mr. Smith Goes to Washington), business (like in Giant), or political movements (Gentlemen’s Agreement).

While they may portray issues, social problem films are not concerned with resolving those issues in society itself. The stories they tell are meant to arouse speculation of how the world could be different, but only within the confines of the narrative. The resolution at the end of the film is normally only within the plot with specific characters, not with the issue itself. Bick doesn’t cause any great change in the community by fighting the racist restaurant owner, but he resolves the tension between his wife Leslie (Elizabeth Taylor) and grows as a person. That may be all the films are capable of resolving. After all, the issues they address are more often than not still present long after the film is made.

In one of the best moments of Giant, the confines of what directors like George Stevens can get away with is evident. Leslie, the constant opposition to the Texas traditions and mistreatment of Mexicans, is excluded from the conversation of politics between the men in town.

Undoubtedly progressive for its time, Taylor’s speech is one of the moments in the film where the social issues are directly addressed by the characters. The exciting scene is immediately tamed afterward as Leslie apologizes to Bick for embarrassing him in front of the other men. This seems to be the way Stevens gets away with analyzing gender in this film, by showing the problem without actually changing the circumstances that enable those problems.

Another aspect that connects social problem films despite their varying subjects is their goal of creating empathy for the underdog. By pointing out the suffering of those in situations outside of their control, audiences sympathize with them even if they would not in real life. One film Neale cites is The Public Enemy, a James Cagney gangster film from 1931. Throughout the film, the audience is invited to identify with Cagney’s character, but the end credits label him as a “problem” that must be solved. All of the work done in the film to humanize the real criminals in society and consider them as people is erased in the end credits. 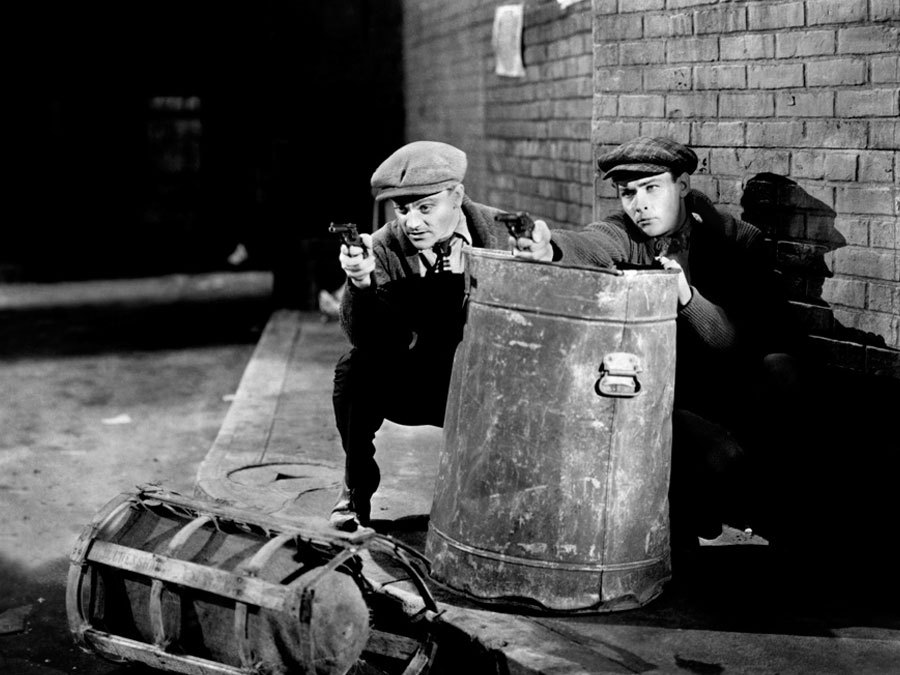 The same is done in Giant, where Dean’s character Jett is presented in the beginning as the underdog who strives for success. This is dismantled in the second act when his transformation from a working-class man to a successful businessman is looked at negatively. He becomes the antagonist of the film after that when he challenges the structure of the community that values old money over anything else. His greed and immorality are emphasized in order to gloss over the same faults that are present in the Benedict family as well.

If social problem films present such a problematic look at real problems of the world, then why should we continue to watch them and talk about them? These films are essential for understanding the history of Hollywood filmmaking and the climate of the country when they were made. Some of them, like Giant, are gorgeous films that nail complicated relationships through impressive performances as well. What makes Giant so interesting are the multitudes of issues it does address within this one story.

It is remarkable that films were able to address racism, antisemitism, and sexism at all with the opposition in the industry like The House Un-American Activities Committee (HUAC) and the conservative producers that controlled the studio system. Although not perfect, social problem films are evidence of the attempts by directors to represent the stories of those struggling in America within the limits they were confined.