The 2017 Emmy Nominations Are Addicted to What’s New

A lot of shows have been nominated after their pilot season for the 2017 Emmys, but will that hurt them later on?
By Emily Kubincanek · Published on July 25th, 2017

A lot of shows have been nominated after their pilot season for the 2017 Emmys, but will that hurt them later on?

This year’s Emmy nominations seem to favor recent shows and performances while overlooking several shows at the end of their run as well as shows that have been nominated every year since they premiered. We’ve seen some great new shows since last year’s Emmy’s like The Handmaid’s Tale, Atlanta, and The Crown, but this trend, if it becomes one, could affect TV more than you may think. 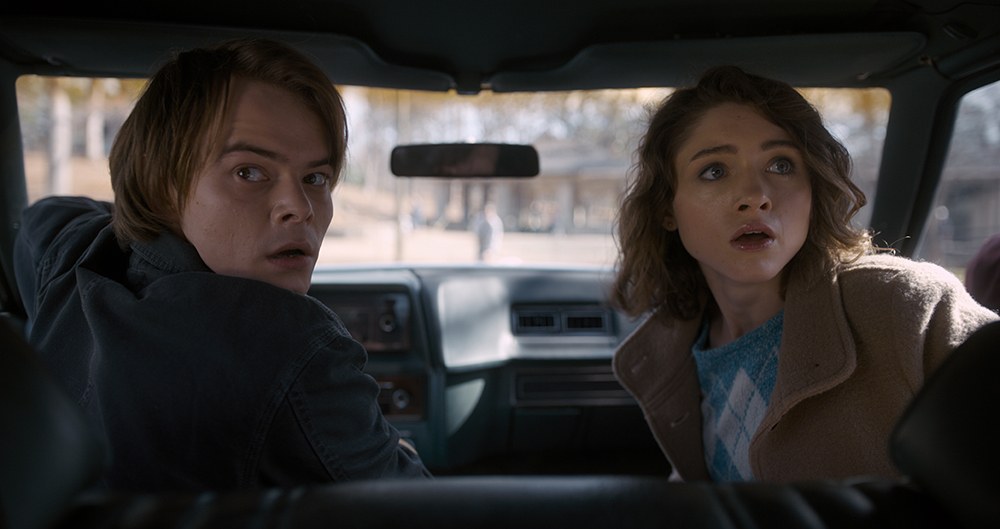 New series have dominated the Drama Series category with The Crown, The Handmaid’s Tale, Stranger Things, Westworld, and This is Us all earning nominations. The shows have representatives in performance, writing, and directing categories as well. Certainly nominating shows fresh off their pilot season is not a new thing for the Television Academy, but when looking at the overwhelming presence in the drama categories and the shows that needed to be booted out to make room for the new shows, it seems troubling.

In years past, shows that have finished their final season have earned nominations as a celebration not only to that perspective season but the entire series as a whole. Mad Men and Breaking Bad each received a lot of nominations after their finale, but several shows that ended this year were neglected. The Leftovers,  Bates Motel, and Girls (only receiving nominations in the Guest Actor category) ended this past year, each critically acclaimed and well received by audiences in their final seasons. They were nominated in previous years, but because so many new shows were nominated this year, they were overlooked.  It feels like a diss to the shows that have run for quite some time, as this year would be the last year that they could be nominated unlike every new show renewed for another season.

After all, it is incredibly more impressive when a show can continue to push out great writing and performances later in their running than when a show can have a great pilot season. Bates Motel was working with five seasons worth of plot (not to mention the impossible expectations of taking on a prequel to a Hitchcock movie) and continued to keep viewers around. If lasting quality isn’t celebrated at the Emmys, then there will be less of an initiative to build upon great stories, and finding the next new show will become the focus.

However, it’s not just shows on their way out that were neglected, but shows and performances that were a staple at the Emmys were also overlooked as well. Since its premiere, American Horror Story has been nominated for 82 awards within the Primetime Emmys and Creative Arts Emmys. With 15 wins, the show has been a Television Academy favorite since 2012. Even last year when Ryan Murphy’s newest project American Crime Story swept the awards, Kathy Bates and Sarah Paulson were still nominated for their performances in AHS: Hotel.

This year another new Murphy project is dominating the Limited Series categories: Feud: Bette & Joan. However, the latest season of American Horror Story: Roanoke did not receive a single nomination. Maintaining most of the same cast since its premiere, except for Jessica Lange, AHS performances are usually not disappointing, even if the show as a whole might be. Previous Emmys have reflected that, as they always reward the actors and actresses for their work even if the show is not honored, but not even this year when the show received its best critic ratings.

The show may not be at its best anymore (I have started and neglected the past two seasons), but it’s telling of the Television Academy to suddenly ignore the show they have honored even through its decline in past years. Moving on to Murphy’s newest project and neglecting his longstanding limited series seems to point toward a sad trend. Despite the fact that he is still involved with AHS and its upcoming seventh season, it’s obvious Murphy’s attention is always on his newest projects. If American Horror Story is no longer rewarded even for its performances, he may abandon it altogether.

Obviously not every wonderful show can be nominated and these new shows certainly deserve the attention they are getting from the Television Academy, but maybe not so early. Rewarding shows for a pilot season to neglect longer standing and ending shows could be a bad move on their part. If shows gain the awards they are after as soon as they premiere, then they really have nothing to work towards except maintaining that presence at the Emmys. Like the shows before them, shows will continue to be nominated for their pilot season and it will be harder to maintain that presence at the Emmys if the focus is always on the newest shows. If critic and audience praise for the ending of a series doesn’t mean much compared to the initial hype for a show, then networks will have even less of an initiative to continue making a specific show.