Great films come in all shapes, sizes, and genres, and while Alice Wu’s latest is categorized as a YA romantic comedy, it’s also a great film and among 2020’s best. What starts as yet another Cyrano de Bergerac adaptation finds its own voice touching on teen angst, race, sexual identity, community, and the necessary power of platonic love. Leah Lewis is a marvel as the only Asian American at her small-town school, a girl who is still learning to accept her sexuality, and while her journey is a common one, its representation in film is far from it. The Half of It is a sweet, funny, and emotionally thrilling tale that more of you should be watching with your own loved ones. (Rob Hunter) When David Fincher takes on Old Hollywood, you’d best believe he does it in his own way. Mank is indeed a bit of an oddity, anachronistic in some ways and faithful to the time period in others (cigarette burns on digital cinematography — what will they think of next!) It’s a bit unnerving, but also apt for a film precisely about constructions of reality. While Mank is, at its surface, about the endeavors of the eponymous screenwriter, its take on the murky waters of Hollywood as a politically motivated information machine is what makes the film truly resonate.

It’s cliche to say that movies about moviemaking are Oscar-bait, and often they are. But Fincher’s film is not geared towards flattery. Mank is much more interested in the pernicious greed of those who will dispense fallacies as fact if it means another dollar in their pocket. That this is all part of the story behind the greatest film ever made is almost unbelievable, but then again, sometimes the truth is harder to take than fiction. (Anna Swanson) Inspired by the work of historian Svetlana Alexievich (whose book on Chernobyl heavily influenced the HBO series), Kantemir Balagov’s Beanpole is an unsparing portrait of the tenderness and cruelty born out of war. Set in the immediate aftermath of World War II, it charts the PTSD-stricken experiences of the ungainly Iya (Viktoria Miroshnichenko) and the confident Masha (Vasilisa Perelygina), two poles-apart former soldiers who have nevertheless been yoked together for life by their shared experiences on the frontline.

Nothing can break the bond between these women; it survives everything, even tragedy, and the brutality that one wields against the other like a weapon. Each fresh hardship only further warps their indestructible relationship, making this an extraordinarily complex character study, the deep nuance of which does much to redress the historic gendered imbalance of war movies.

Anchored by intricate performances from its young non-professional leads, shot with unforgettable vividness by twenty-four-year-old cinematographer Ksenia Sereda and directed with mastery by the twenty-eight-year-old Balagov, Beanpole is a film that brims over with prodigal wunderkind talent. (Farah Cheded) 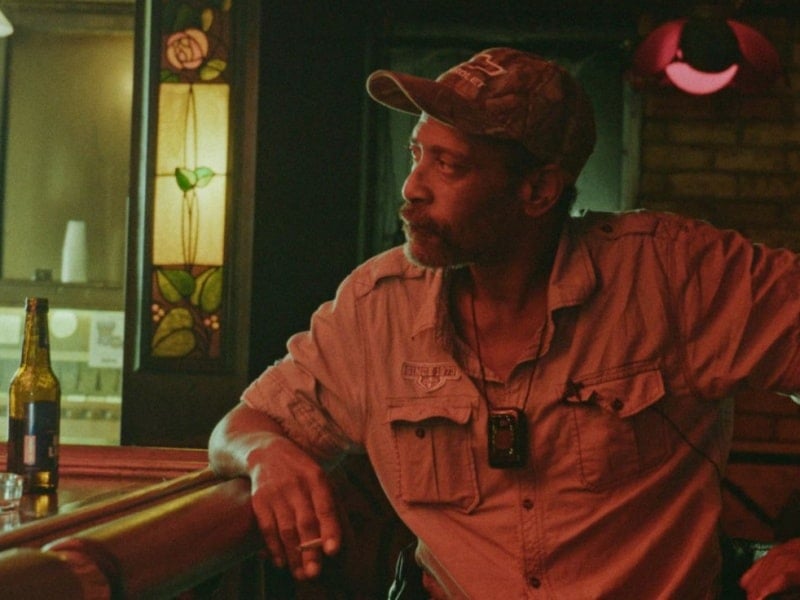 Brothers Bill and Turner Ross shook the nonfiction world up in 2020 with Bloody Nose, Empty Pockets, a documentary that captures the last night in the life of a dinky, charactered bar in Las Vegas called The Roaring 20’s. In short, it’s a drunken townie dive wonderland spilling over with plastered insights, animated encounters, and unintelligible mumblings. At times, it feels like you’re in a Terence Davies movie, hollering across the bar to get a laugh and chanting old tunes with the locals simply to enjoy yourself. In those moments, it makes a strong case for dropping out of life and joining a devoted dive scene as the only way to exist outside of the world while remaining within it.

At other times, it feels like a sobering documentary about where the homeless and the outcasts end up in the liminal space between streets, a place where you can go when nobody wants your ass. Over the course of ninety-eight minutes, people blossom, change, tense up, lash out, pop out, and, most importantly, share stories. Do yourself a favor and don’t read about it until after you’ve finished. But whatever you do, make sure you read about it. The Ross brothers baked more into the story than you might think. And they gave us one of the best cinematic send-offs of all time: “I f*ck things and I do sh*t!” (Luke Hicks) Obsessive-compulsive disorder (OCD) is often portrayed as a comedic disorder in men that manifests through hand washing, door locking, and intense cleanliness — think Monk or As Good As It Gets. But in Carlo Mirabella-Davis’ Swallow, OCD is no longer a funny quirk. Instead, its complexity is investigated through Hunter (Haley Bennett) who has pica, or the eating of non-food objects, which is one manifestation of OCD.

Hunter has married into a wealthy family where she can finally live a comfortable life. However, being part of this family comes with limited freedoms and a controlling husband who must dictate everything in her life, from the colors of the walls to the clothes she wears. These behaviors only worsen as Hunter shares that she is pregnant and she is no longer seen as a human being; she is just a vessel for the continuation of the family line. In turn, Hunter develops pica in an attempt to regain some semblance of control over her life. She swallows marbles, thumbtacks, and more. With each object, Hunter achieves a momentary feeling of peace; she has her own little secret.

As someone with OCD, this film is so important to me as it sheds light on the reality and complexities of the disorder. It is complicated, difficult, and a need for control over your own thoughts. Bennett is stunning as Hunter and in her solitude is able to convey her loneliness, fear, and desperation to be loved. It is a difficult and painful film to watch both in Hunter’s manipulation and the physical consequences of pica, but it is a crucial text in portraying the nuance and individual experiences with mental illness. (Mary Beth McAndrews)