The Best Animated Series of 2018

Bringing together animation from all over the world, this list covers the best-animated series 2018 had to offer.
By Carl Broughton · Published on December 20th, 2018

Animation never has a weak year, but 2018 might the year to beat — from the revival of classic properties like Devilman Crybaby and She-Ra to returning fan favorites like Steven Universe and Ducktales. What we’ve decided to do differently with this year’s list is to include shows from around the world, including anime. Which means that this list is not only intended to highlight the best shows you may already know, but also some of the underlooked gems of 2018. Originally premiering in 2017 on Cartoon Network, OK K.O! proves there are still creative ways to tell stories about superheroes. K.O the protagonist of the show is a kid who idolizes the world of heroes, but he is surrounded by his two teenager co-workers who despite being heroes themselves could care less. The show relies on rapid-fire jokes and action, with episodes lasting a mere 15 mins each. Despite that, there is some emotional depth and continuity that make this show worth investing in. OK K.O.! Let’s Be Heroes will continue airing in 2019 on the Cartoon Network. “Woo-oo! Scrooge McDuck and his nephews are back!” Rebooting a popular series is always a gamble, but when the beloved late 80s series DuckTales was revived last year on Disney XD fans were ecstatic. DuckTales is everything you loved about the original series but adds in new plot elements and a mystery to keep you guessing. Oh, and the cult classic character Darkwing duck makes guest appearances. Renewed for a third season, DuckTales has moved to the Disney Channel. Created to honor the 50th anniversary of the manga Ashita no Joe, Megalo Box follows the rise of underdog Megalo boxer Joe. What makes this series worth the watch is the insane production value, gripping character progression, and hardcore boxing matches that can lead to death. The combatants wear mechanized gear that enhances each blow, making Megalo Box a stand out even amongst other boxing series. You can watch this series on Hulu and Crunchyroll. Fooly Cooly often abbreviated as FLCL is technical two shows that aired in 2018, but you won’t get the full story if you only watch one. Both are a sequel to the original cult classic that aired in 2003. FLCL Progressive/Alternative features one of the best animation soundtracks and answers questions fans were left with years ago. You can watch this eccentric series via Adult Swim.

14. The Amazing World of Gumball 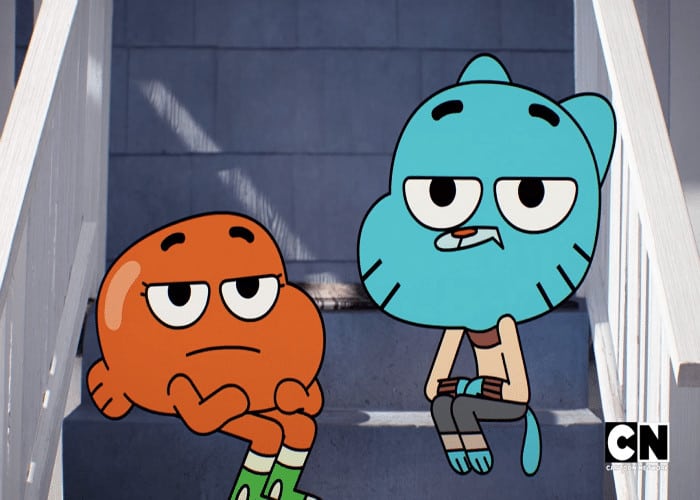 The Amazing World of Gumball is an impressive feat of an animation representing numerous styles and techniques, but with the 6th and potentially final season, the show has truly outdone itself. Like other cartoons on the list, Gumball relies on meta-commentary and references that draw in older audiences. You have probably seen clips of this cartoon without realizing you were indeed watching Gumball via social media. The series relies on continuity, but the jokes are generally self-contained to one episode, making it the perfect series to jump into. The Amazing World of Gumball is one Cartoon Network’s premiere shows and regularly airs so you will have no problems catching an episode. Dragon Ball Super is the sequel to the Dragonball Z series that most are familiar with due to pop culture or knowing someone who wouldn’t shut up about the series. Out of all the animations on the list Dragon Ball Super is the biggest known property, and for good reason. The cast is largely diverse, and the biggest draw of the series the fights are the golden standard in animation. The season finale was viewed by millions earlier this year. Newcomers and fans alike should look out for the feature-length movie airing in North America next January. One of the best keep secrets across the streaming services is Amazon Prime offers a variety of original animation for streaming, but the bigger secret is their anime selection. Banana Fish, based on the classic Shoujo comic, is one of the more intriguing animations of 2018. Despite being a Japanese production, the plot focuses on a string of murders in America based on people uttering the words “Banana Fish” before death. Animation fans looking for a mature thriller should visit Amazon Prime to catch up the first season. One of the only mature western animations to make it on the list is BoJack Horseman. The series is known for its satire on current Hollywood, politics, and other social events. As the seasons progressed, the series became known for something bigger than satire. What makes BoJack a stand out series and worth the watch is how it handles substance abuse, trauma, overall depression. Not many animations tackle the subject quite like BoJack Horseman. Season 5 recently released on Netflix, with a Holiday special premiering this month. We Bare Bears originally premiered on Cartoon Network in 2015, but due to weird scheduling air dates have been moved around the past few years. With season 4 premiering earlier this year, We Bare Bears reminds people it is one the best animations of the year. The show centers on three brothers, each with their own distinct style and personality as they face human-like problems. Yes, the show is lighthearted, but that’s what makes it so unique amongst the wave of animation this year, it reminds us to smile.